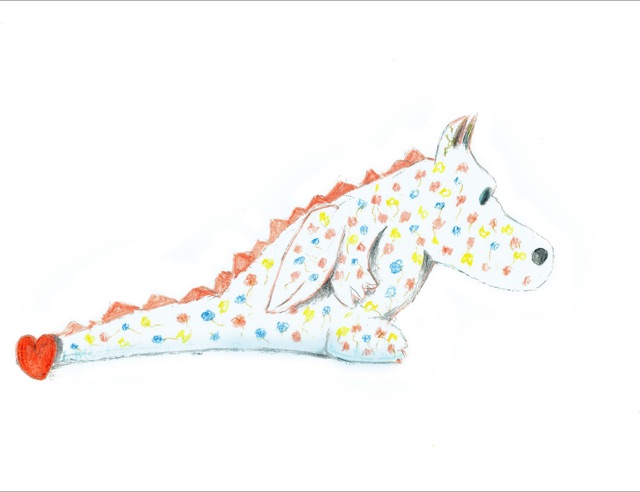 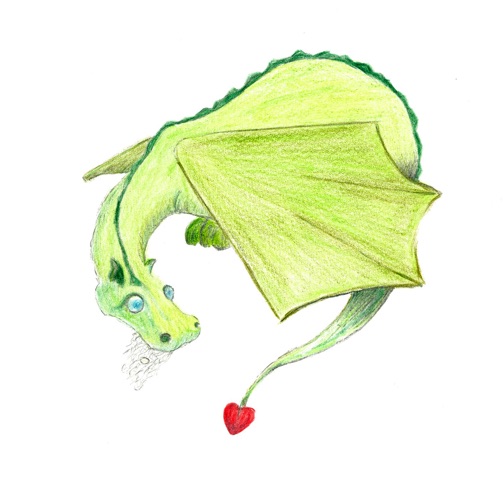 Angelica Rose skipped out of Dragon Cottage. A funny name for a cottage, she thought. I wish a dragon really did live here.

Angelica stopped for a moment. "I wish a real dragon lived here at Dragon Cottage with me."

I won’t tell anyone, not even Asha, because he thinks wishing is silly, girls stuff. Angelica loved having an older brother, it was fun, much more fun than having a sister, who would want to play with her toys.

"Come on," Asha called. "No more school for six weeks, we can do what we like now."

"Why did Mum and Dad call it Dragon Cottage?" Angelica asked.

"But it’s a very strange name," she insisted.

"I think someone called it that two hundred years ago: it’s a very old cottage. It wasn’t anything to do with Mum and Dad."

"Come on," Asha called. Angelica followed her older brother and forgot all about dragons.

No fur and no purr

He stretched out in bed and his favourite bear dropped onto the floor.

"Excuse me," a tiny voice squeaked.

Then he thought. My bear has never spoken before. He leaned out of bed and picked up Ted, cuddled him, then looked at him carefully. Ted looked exactly the same as he usually did.

"I’m sorry if you dropped out of bed onto the floor." He stared into Ted’s face. Nothing happened. Absolutely nothing at all. He felt rather silly.

He had heard Angelica Rose talking to her dolls and he thought she was really silly… and babyish. And he was a boy, two years older than her and now he was talking to Ted. But it was only because I heard a voice, he reassured himself.

But his pleases didn’t work, and he felt even sillier.

"That’s it. I’m not going to say another word to you." He rather hoped that may make Ted open his mouth. But it didn’t. He put the bear in his usual place on the bed and stretched again. "It’s too nice a day to be messing around in here."

But as he stretched out he felt something down the bed, under the duvet, about the size of his cat, Bertie.

"Bertie, what are you doing down there? You usually sleep downstairs."

He put his hand under the duvet to stroke Bertie’s fur, but there was no fur, and no purr.