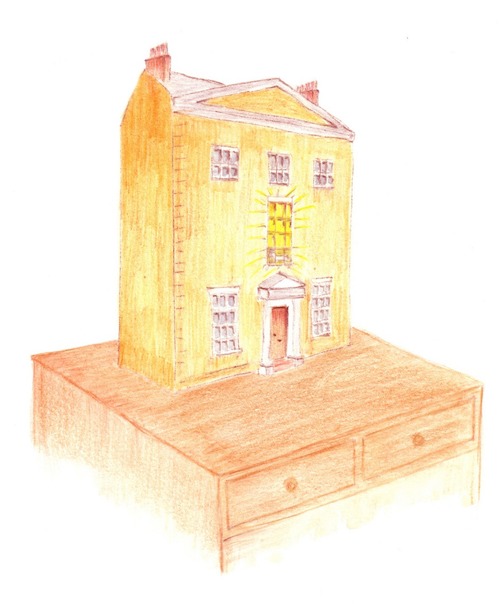 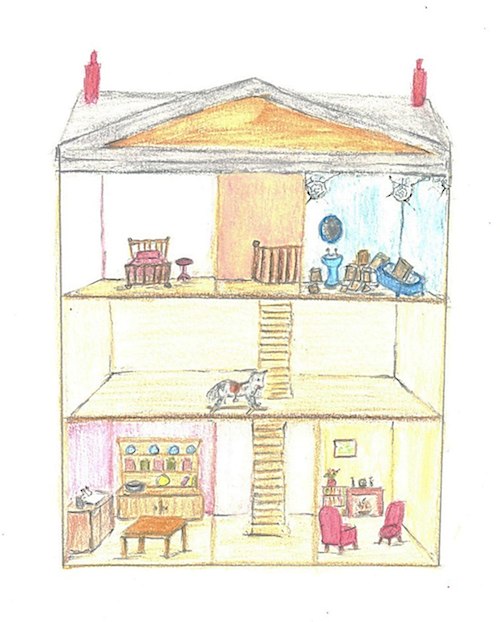 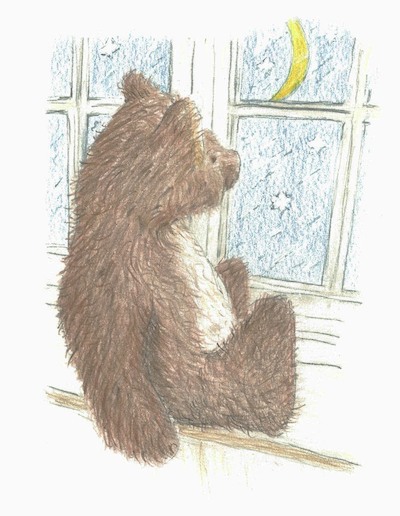 Joy was too excited to sleep; she pulled the curtain back. The snow was still falling, the stars sparkled brightly, and the moon shone. Everywhere looked different.

“Look Harry.” She picked her favourite bear up, so he could see.

Cedric, the very fluffy cat opened one eye. “Oh no, it’s not more of that cold, wet stuff,” he muttered shivering, before snuggling down deeper into the duvet.

Joy cuddled Harry and lay her hand gently on Cedric’s fur. A soft purring sound filled the room. This had been the best Christmas Day ever, the dolls’ house she had wanted for so long now sat on the chest of drawers next to her bed.

The bedroom became brighter and brighter. Harry tweaked the curtain with his paw; it was still dark outside. “That’s strange, very strange indeed,” he tutted.

Cedric opened an eye. “Can you be quiet, it’s not time to get up yet. Look, Joy’s asleep.”

“But it’s bright in here, where’s the light coming from?”

Cedric closed his eyes. “Go back to sleep.”

But Harry was curious. He jumped over Cedric and onto the chest of drawers. “It’s coming from this new Christmas present.”

But Harry took absolutely no notice. He sat on the chest looking at the dolls’ house.
Yes, the light was definitely coming from a very large window right in the middle of the house. Then he saw something move. It was a rocking horse, just like the one Joy had in the lounge downstairs.

“Quick over here Cedric, look at this.”

The large fluffy cat became curious. “Just a minute,” he said yawning and stretching. “I’m on my way.” He padded over to the chest of drawers.

Harry was right, the light was coming from one large window. “What’s that noise?”

“It’s coming from the rocking horse, look it’s moving, but no-one is sitting on it.”

“What are you both doing? It’s not time to wake up yet.” Then Joy rubbed her eyes. “It’s a bit bright in here.”

With that Joy jumped out of bed and peered in the window with Harry the bear and Cedric the cat.