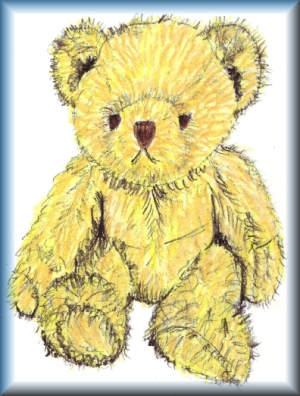 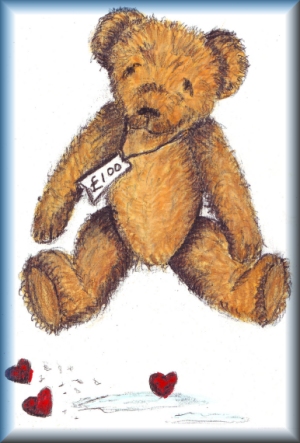 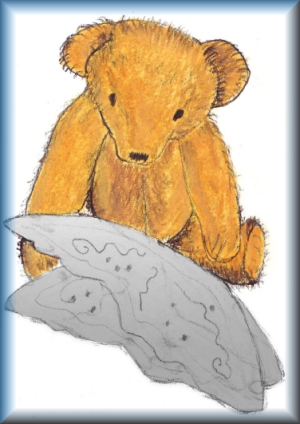 The white Rolls Royce glided to a halt outside Mr Valentine Pickle's small charity shop. The chauffeur slowly opened the door then strode briskly into the shop. "I'll need some help, I've a carload of stuff for you."

"For us?" Mr Pickle asked in amazement, then a broad beam spread across his face.

"It's the first time I've ever been in a charity shop and I don't propose to do it again," the driver said, sticking his nose in the air. "But her Ladyship said she has been told to recycle what we don't want, now; not put everything in the rubbish bins."

Mr Pickle's face fell, he hoped the very smart car was not full of rubbish.

Two young helpers were summoned from the sorting room at the back of the shop and they followed Mr Pickle towards the car. One nudged the other and whispered, "Wonder who the car belongs to, they must be famous."

The other girl's eyes widened. "I've never ever seen such a posh car."

But their excitement faded fast when the car door was opened and black rubbish bags spilled out all over the pavement, only to be followed by more and yet even more.

"I can't believe you could get so many bags in one car," Mr Valentine Pickle said, wondering however he was to make room for all of it in his small charity shop.

The chauffeur watched with relief as the bags slowly disappeared out of his Rolls Royce and it began to return to normal.

"But it's going to need a good clean up before I take her Ladyship out this afternoon," he sighed to himself. "Hurry up, hurry up, I've a lot to do," he said sharply to one of the girls. "I don't want to be seen stuck outside a charity shop, surely you can carry more than two bags at a time?"

She scowled back at him, as he watched her struggling. The car may belong to someone famous, but she was not impressed anymore.

Mr Valentine Pickle looked at his shop; the small space was now filled to overflowing with black rubbish bags. He had no idea what was in each bag – whatever would he do if they really were full of rubbish?

Replaced by a bear

All the shops in the High Street were in darkness except for one.

Mr Valentine Pickle wiped his brow. He wished he had never set eyes on the white Rolls Royce. All day and now all night had been spent sorting through the bags. He was pleased that at least some nice things had emerged from amongst the rubbish. He opened the last one and came nose to nose with a large teddy bear. His eyes met the bear's sad eyes.

"How come you're here?" he found himself asking, as he pulled the bear out of the bag. The bear's fur was soft and luxurious and she still had a shop label tied round her neck saying £100.

He sat the bear on the floor in the middle of the shop. "Time I went home," he muttered to himself, looking at his watch. "It's nearly midnight."

The large bear looked at him, her sad eyes pleading to be loved.

Something tugged at the grown-up man's heart. He had never, ever owned a teddy bear in his whole, entire life and he couldn't leave this bear here, he had to take it home with him.

He turned out the lights, locked the door and walked down the dark street clutching the large bear.

"And what time did you come home last night?" Mrs Penny Pickle asked sternly at breakfast time. "Look at your dinner." She handed him a plate with a burnt up frazzle of meat. "Cooking that was a waste of my time. And who do you think this is?"

Mr Valentine Pickle looked at the large bear sitting on the kitchen table and just felt most embarrassed.

"A white Rolls Royce brought it."

But the bear's eyes met Valentine's and his heart melted. "I'll put £100 in the charity box today."

Penny Pickle's voice boomed round the room, "You won't."

But he strode over, picked up the bear and carried it into the tiny box room next to the lounge. He sat the bear down in the corner. "This is your new home now."

The bear looked happy, until Mrs Penny Pickle stormed in.

"I want this room turned into a sewing room for ME, and £100 would go a long way to buying me a new sewing machine, not some old stuffed bear. Whatever has got into you?"

But Valentine just looked at the bear and smiled. "She's staying here."

"She, oh, she's a she, is she? The next thing you'll be telling me is that you love her more than me."

At that very moment he wasn't too sure who he loved most. The bear's soft kind eyes looked much more friendly than his wife's red angry flashing ones.

"Replaced by a bear," she muttered. "Get your own breakfast."

In the stillness of the charity shop, Valentine placed £100 in the till. Whatever has come over me, buying a bear, he thought. And did I say a female bear? I thought all bears were male. He made a cup of tea and sat down.

"Perhaps I've been working too hard," he muttered.

"Mr Pickle," one of the girls called. "I found this handbag in the bottom of that last dustbin bag."

That's strange, he thought. He looked at the handbag the girl was holding up.

It was made of pink, fluffy fur, with MISTY spelt in twinkling diamond letters.

The girl looked at him. "Oh, I didn't know you had children."

"I don't," he said, feeling even more embarrassed.

She handed him the empty bear's bag. "Here, I think this belongs to you."