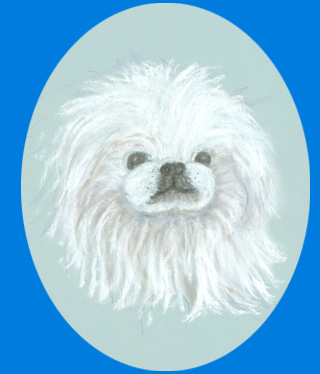 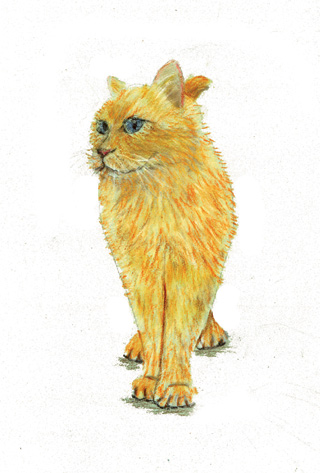 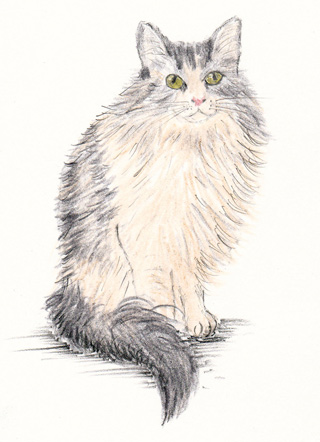 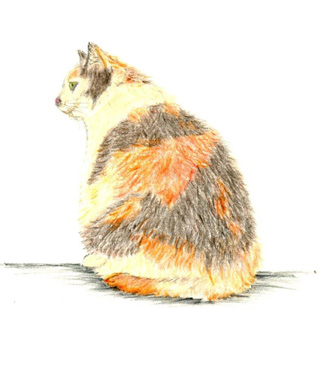 Not a Farm Dog

"He’s just right," Mum said excitedly, looking at the tiny ball of white fluff. "Just what I want for my birthday."

Dad looked down at the small puppy, thinking, but he’s certainly not a farm dog.

"I love him," Emily whispered. "He’s smaller than our cats."

Timmy and Adam just stared, and said nothing.

The owners of the puppy were glad someone had at last come to buy the smallest puppy of the litter. He had been hard to rear, but because of his Pekingese pedigree, was worth a lot of money. When the money was exchanged for the puppy they both sighed with relief.

"Can you imagine such a white fluffy dog living on a muddy farm?" one of them laughed quietly.

The three children sat in the back of the car with the puppy wrapped in a blanket.

Dad looked up at the tall block of flats in the middle of the city. "He’s going to have a very different kind of life with us on the farm."

"I wish it wasn’t such a long way home," Mum sighed.

"I hope he will be all right. I hope he won’t be sick or want to go to the toilet," Timmy said.

"He’ll be fine," Emily told her two younger brothers, smiling. "I wonder what Arnold and the cats will think of him?"

The three cats in the basket looked at Fluff.

"It’s a bit tight in here," Scratch complained, trying to stretch out.

"It’s smaller than us," Sniff said sniffing. "It doesn’t smell like a cat to me. Look it’s got a very flat nose and looks just like a ball of fluff with two big eyes."

Scratch tried to stretch out in the hope that the big ball of fluff might just roll out of the way to make more room.

"This is OUR cat basket, just for the three of us, who does it think it is, trying to squeeze in here with us?"

Fluff didn’t feel very welcome and started shivering. I wish I was at home, snuggled up with my Mum. Fluff looked around. I wonder where she is? It all looks very strange to me.

When Sniff saw Fluff’s head move, she began to wonder if it could speak. "Has it got a mouth? I can’t see with all that fluff."

Patch and Scratch tried to see. Scratch put his paw towards Fluff’s face and tried to move some fluff.

Fluff didn’t like the feel of Scratch’s paw on his face. It certainly didn’t feel like the loving paw of his Mum. He shuddered, then shook, shaking his head.

"Look he’s got whiskers, but not as long as ours, and his ears turn down, not up like our lovely ears," Sniff said, preening herself.

Fluff began to feel very angry. These creatures were not like his brothers and sisters had been. In fact they were very rude. Whatever would his Mother say, but where was she? He wished she would come to his rescue - and soon, very soon. He looked all around the room but she was nowhere to be seen. Only three strange faces peering at him. He whimpered.

"Let’s try to shove it out of our basket, then we can stretch out and get back to normal," Patch suggested.

"That’s most unkind," Sniff replied. "I’m the only female round here, even Arnold the big dog is male. A little kindness is required. The feminine touch."

Fluff looked at Sniff, then tried to move closer to her, and away from the other two.

"You’ve made a friend," Patch teased.

Sniff looked at the tiny, tiny ball of fluff. "Poor thing, it must be very frightened being here all on its own." She started to lick Fluff’s fur, just like he was a kitten.

This is rather nice, Fluff thought. It’s like being at home with Mum.

It was not long before his eyes started to close and he was asleep, then the snoring began.

"Not only is this thing taking up room in our basket, but it makes the loudest, most ridiculous noise ever," Patch moaned. "Why doesn’t it go back to where it came from?"

Sniff said nothing. She rather liked the warm fluffy body, snuggled up next to her.